GigaNet: The Scholarly Voice to the global Internet Governance Forum 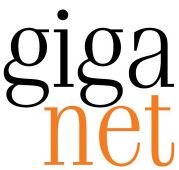 With increasing internet connectivity, digitalization and number of online communities, there has been a focus on the technical aspect of the internet, more often neglecting scholars and researchers that provide fundamental ideas, critique, analyse various themes, who also debate and discussion internet governance. In the past, scholars and researchers have often been categorized in the same ranks, as civil society, but these two groups wear different hats.

This was evident during 2016’s GigaNet meeting, a pre-event of the Internet Global Forum in Guadalajara, Mexico.

Over the last decade, regulation and the governance of the internet, both national and internationally, has attracted the growing attention of scholars, researchers, and policymakers. In the past, scholars focused on the establishment of new institutions and coordination of internet policies with little to focus on the governance of the internet. However, changing global dynamics has made scholars, to change and rethink their focus on internet developments. One of the presenters at the 2016 meeting, Bill Marczak of Citizen Lab, related statistics on internet performance measurements arguing that “Internet speeds during political demonstrations were significantly curtailed by over 80%”. These findings are part of a larger study that involved the use of applications such  as BitTorent and glasnost, using qualitative data sets to demonstrate discrimination of internet traffic, also documented in the report, “Internet disruption at Bahram Rally site deliberate.”

The symposium brought together professors, researchers and scholars from North and South America, Africa, Europe, Asia exacerbating recent conversations and discussions on governance of the internet, sharing new research and developing next steps to providing sustainable solutions to internet conundrums. Moreover, participants opined on the need for the identification of the necessities for future Internet Governance (IG) capacity building, recognition of ways for collaboration among Schools of Internet Governance (SIGs), exchange of experiences from SIGs and a vital discussion on the feasibility of the formation of an IGF dynamic coalition on schools for Internet Governance. Coordinators of the SIGs opened the floor citing that, “Internet governance schools have been an important initiative towards building IG capacity building”. These are similar remarks advanced in one of my earlier articles, “Internet Governance Schools: Building engagement with IGF”.

In one of the pre-IGF events, a meeting by GigaNet stakeholders explored the notion of interdisciplinary collaboration in IG research, delving into possible challenges and opportunities. According to one of the panelists, interdisciplinary research develops complex relationships, improves level of analysis and provides a platform for scrutiny of issues that cuts across regions, issues, and levels”. The GigaNet discussion ended with a call to integrate emerging scholars into the scholarly assemblage. Being a volunteer group with limited financing, new objectives are a tall order but the enthusiastic academics, and researchers enjoyed discovering new research interests, themes and establishing different networks with similar academic and research interests in internet governance. All in all, GigaNet stakeholders have been instrumental in bringing forth a scholarly and academic voice to the United Nations IGF meetings.

Joash is a researcher and policy fellow at the Centre for Human Rights and Policy Studies, and the 2016 Research ICT Africa/IDRC   Internet Governance Forum Fellow.