Spectrum auctions are now generally accepted as a “best practice” for assigning spectrum where demand exceeds availability. When spectrum was plentiful, administrative assignment seemed to work well enough but as demand for spectrum increased with the growth of wireless technologies, new methods were required. In the United States, the regulator experimented with spectrum lotteries where anyone could join a lottery for spectrum access. So called “beauty contests” where applicants for spectrum are qualitatively evaluation according to a set of criteria have also been used. It is easy to see the flaw in the randomness of a spectrum lottery but what’s wrong with a beauty contest? On the surface it seems eminently sensible to declare a set of policy goals and eligibility criteria and then evaluate applicants to find the most suitable. The reality is that the qualitative nature of these decisions tends to leave them open to challenge by disgruntled losers, especially if those losers are particularly well-resourced. Worse the decision-makers in a spectrum beauty contest become targets for influence. 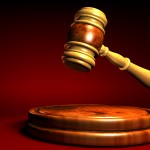 And this was exactly what economist Ronald Coase argued in 1959, that political pressures would inevitably result in misallocation of spectrum and administrative entities lack the decentralised information necessary to allocate spectrum effectively. Building on his own theory of economic efficiency he argued that if “property-like” rights were associated with spectrum licenses and transaction costs were low that the market could most efficiently organise the assignment of spectrum.

Coase argued that bid prices in auctions are a useful proxy for how organisations value spectrum with the assumption that those that value spectrum most would go on to create the highest social and economic value with that spectrum. Ignored for years, he was vindicated in 1994 when the U.S. regulator implemented the first spectrum auction. Since then spectrum auctions have gone on to become the dominant model for assigning high-demand spectrum.

If the goal of a spectrum auction were simply maximising revenue, then auctions would not be nearly as complicated as the currently are. Regulators are often trying to achieve multiple goals through a spectrum auction, including:

Achieving the right balance of all of the above turns out to be quite challenging. An auction is a game in which players strive to get as much spectrum as possible for as little money as possible. Auction participants often use the latest in game theory expertise and software modelling to optimise their outcome from a spectrum auction.

Because of the large amounts of money now involved (the 2008 700MHz auctions in the US generated nearly 20 billion dollars in revenue for the government) the rules of participation in a spectrum auction need to be crystal clear in order to both maximise trust in the process thereby encouraging participation and to avoid litigation as a result of an accusation of unfair play by a participant.

It is safe to say that any regulator is well-advised to hire a spectrum auction consultant if only because they can be sure that the auction participants will be hiring auction experts as well.

There are two dominant types of spectrum auctions in use today.

This is the oldest and best known form of spectrum auction. In it, multiple lots of spectrum are auctioned simultaneously in a series of rounds. In this case a individual lot refers to a specific frequency band in a specific geographic area. An auction would typically have multiple frequency bands available in multiple regions. An SMRA auction is dependent on the regulator allocating the specific frequency lots prior to the auction so the bidders know exactly which chunk of spectrum in which geographic region they are bidding on.

Each round of bidding sets the standing high bid for each lot and the rounds continue until there is no excess demand. The great strength of this auction type is that it is comparatively simple and well-understood by all.  This facilitates speed in organising the auction as well as maximising the chance of participation.

Unfortunately the SMRA auction also has numerous drawbacks. The predetermined nature of the spectrum lots can lead to inefficiencies where some bidders may end up with non-contiguous blocks of spectrum. This may happen inadvertently or it may be a result of predatory bidding by competitors.

There is also the danger of prices going unnecessarily high with the winning bid paying significantly more than would have been required to win, the so-called “winner’s curse”.

Finally, there is the danger of tacit collusive behaviour on the part of bidders where an informal understanding among bidding entities may result in lower bid prices as each company targets a spectrum band that is understood to be theirs. Auctions designers have introduced rules into SMRA auctions that make this more difficult but it remains a risk.

The Combinatorial Clock Auction or CCA was designed to address many of the shortcomings of the SMRA auction. In a CCA auction, participants bid on generic lots of spectrum rather than individual lots. This means that the band plan for a given frequency at auction is not pre-determined as it is in an SMRA auction but is calculated after the auction in a manner designed to optimise the outcome for all successful bidders. This increases the likelihood of optimal use of the spectrum band as well as making it more difficult for participants to engage in collusive behaviour.

The auction then proceeds not by bids but by a “clock” process where in each bidding round a “clock” which represents the value of a generic lot of spectrum is incremented by a set amount. Bidders simply indicate whether they would be prepared to pay the price on the clock in that round. This is a subtle but important difference from the straightforward bid in the SMRA auction in that the clocks facilitate prices discovery among the participants. That is to say that the participant collectively inform each other through this process of how they value spectrum. Even with the best experts in the world, spectrum is a notoriously difficult thing to value and the price discovery function of a clock-style auction performs an essential function in normalising the value among the bidders.

Finally, instead of the winning bidder paying the full price of the winning bid, they pay the second highest price so it is still the case that whoever values the spectrum most wins but they pay no more than the minimum required to win. In a combinatorial auction with multiple lots and winners, this can get a bit complicated but the “2nd price rule” has evolved to cope with these complexities.

So, why doesn’t everyone just carry out CCA auctions now? Well, CCA has its weaknesses too. First, it is a much more complex auction to design and execute. This makes it a much more expensive undertaking and it also increases uncertainty on the part of participants who will not know exactly what spectrum they will get until the auction is over. That may be a disincentive to participation. CCA auctions work best with larger spectrum auctions often including multiple spectrum bands.

A final contentious area of spectrum auction design is that of the reserve price or minimum opening bid for spectrum. Set the reserve too high and potential bidders may choose not to participate. Set it too low and run the risk of not realising the full value of the spectrum. There appears to be an unfortunate trend in spectrum auctions to place a disproportionate weight on the revenue generated from the auction as opposed to the revenue that will be generated by the cheaper and more pervasive access to telecommunications that occurs when spectrum is assigned efficiently and effectively. The economic impact of communication infrastructure is well-documented but seems to pale compared to the priority of maximising revenue from spectrum auctions. This seems like a mistake worth avoiding.

Spectrum auctions can be tweaked in different ways in order to prevent bad behaviour, encourage competition and/or limit the power of dominant players. For example, in order to last-minute bidding, activity rules can be established ensure that bidders must participate throughout the auction. Caps on spectrum ownership can be set to limit how much spectrum one player can own. Spectrum set-asides can be created to ensure spectrum is available to new players in the market. All of these tweaks are established to encourage specific outcomes and sometimes this works. It is also true however that the more complex a spectrum auction becomes, the greater the chance there is of an unexpected, undesirable outcome.

As I read the news of spectrum auctions from around the world, I am reminded of what Winston Churchill said about democracy, that is was “the worst form of government, except for all those other forms that have been”. Perhaps that might be a good description of spectrum auctions, being the worst way to assign spectrum except for all the other ways that have been tried. Given the value that is now placed on spectrum, the risk involved in spectrum auctions for both the government and for bidders grows ever higher and as a result any failure to effectively and efficiently assign the spectrum grows ever more costly. I don’t expect spectrum auctions will go away any time soon but it does seem that we need a risk mitigation strategy to complement auctions of licensed spectrum that hopefully will reduce the impact of failure when it happens. Dynamic secondary use of spectrum such as “White Spaces” spectrum is likely one answer to this but as technology enables more nimbleness both at the wireless interface as well as at the management interface, new ideas and approaches are likely to continue to emerge. 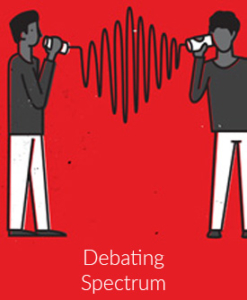