Knowing from previous research that affordability is one of the primary barriers to internet access, and particularly to optimal use, Research ICT Africa (RIA) conducted focus groups in Kenya, Nigeria, South Africa and Rwanda in November last year. The purpose of this Mozilla-funded research, one part of its Equal Rating project, was to obtain qualitative information that reflects the perceptions of female and male internet users, new users, and non-internet users – from different (urban and rural) locations. The study focused on how people used the internet when they had their data subsidised, and when it was not subsidised. 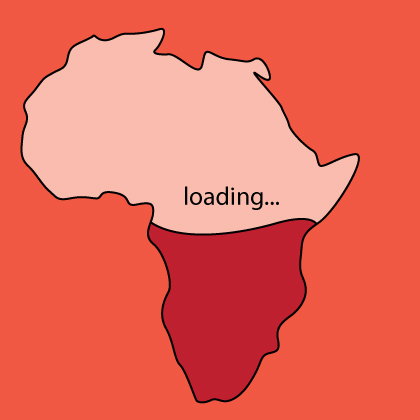 RIA had the opportunity to share some of the findings at the Mozilla Equal Rating challenge announcement of selected semi-finalists in Cape Town on the 17th of January. This blog responds to the following question raised at the event Jochai Ben-Avie, the Senior Global policy Manager at Mozilla:

“In other regions, (study also conducted in Peru, India, and Myanmar) we’ve seen use of subsidised services less as an on-ramp to the internet, and more as a way for people who already have access to the internet to manage their data and costs. Have you seen that in the four African countries you surveyed as well?”

In all the countries, across the different demographics, having access to subsidised data did not result significantly in new users going online. Subsidised data was taken to mean access to free or cheaper data either from zero-rated services, promotions from operators, or from accessing free Wi-Fi.

In fact, the motivations for going online in the various countries pointed to; connecting and interaction with other people; academic or professional development; as well as the ease of accessing information.

We did find the use of subsidised data to be part of multiple strategies employed to better manage data costs by the respondents in these four African countries.

Looking at free data and honing in on zero-rated Freebasics, we found a difference in adoption across the four countries. In Nigeria, where zero-rating was only introduced by Airtel last year, we found less service popularity among the respondents due to unawareness of the service and some respondents not trusting it was truly free. One respondent who had used it pointed out that they could not “go deep” with zero-rated Facebook so they opted not to use it.

While in Rwanda, for Airtel subscribers, they made use of bundles that came on with added on unlimited WhatsApp and facebook. This formed part of their data saving strategy. The respondents viewed this as a free service even though they had to pay some initial amount to enjoy the benefits. In Kenya and South Africa, the zero-rated services were welcomed for their cost-reducing nature. Interestingly, users of the service in Kenya and Rwanda would have multiple SIMS in order to gain access to promotions offered on other networks.

As mobile data is the main point of access for users, respondents bought airtime that promised promotional data as well as less-expensive, short-term data bundles (for example, lasting one week, a day or even less).

We have seen the growing popularity of these offers on the prepaid mobile market  – described as snack bundles – retaining and attracting lower-end customers. In Kenya, for example, participants in urban areas highlighted an awareness of shorter-term promotional data and airtime offers that then give you additional data for a limited time. One respondent claimed to be in the process of moving to another operator that offered these services as their operator at the time did not offer such affordable services.

One respondent in peri-urban South Africa stated that they make use of smaller bundles because they have access to smaller airtime amounts, which they then convert to data. They would need to travel to another location to get larger amounts of airtime to convert to data.

However, there was an awareness by some respondents that shorter-term bundles did not provide the same value as larger ones; though the low-price option was more suitable for that time. One respondent in Nigeria highlighted that monthly data seemed to finish before the month was out so they preferred shorter-term bundles.

All these strategies are dependent on the presence of an operator within adequate geographic coverage. In South Africa, one of the cheapest operators, Cell C, was popular amongst respondents in urban and peri-urban areas whilst the dominant and more expensive operators, MTN and Vodacom, were popular in rural and deep rural areas. This was because they were the only operators present in these remote areas with consistent coverage and good quality of service. In Rwanda, MTN the dominant operator, was popular across all geographical locations as their network was more reliable than the smaller operators: Tigo and Airtel. In Nigeria, respondents across locations complained of the quality of service of all operators resulting in the use of multiple sim cards. One respondent in rural Nigeria said they normally use one operator but switch to another when there is no coverage.

The full report delves into alternative options to internet access and use such as public Wi-Fi and what users do with their internet access. An internet use study is not sufficient without the analysis of barriers. The report will provide insight into reported barriers for users and non-users as well by the respondents. The geographical and gendered issues will also be discussed to assess the role of gender and location in impacting internet use. The full report will be launched at the end of February 2017.

Research ICT Africa will also be carrying out Beyond Access Household & Individual Surveys in all these countries this year to further assess the use issues in 2017. The first country that we will be going into is Rwanda.

About the Author: Chenai Chair