Nadia Bulbulia is the Executive Director of the National Association of Broadcasters (NAB) of South Africa. She has worked in the Communications sector for over 20 years, focusing on broadcasting and telecoms reform. She held executive positions in the telecoms industry between 2007 and 2012.

Her regulatory work began as a researcher and council advisor at the former broadcasting authority (IBA) in 1994. She was later appointed (through a Parliamentary process) by State President Mandela onto the IBA Council and then by President Mbeki onto the ICASA Council (until 2007). During her time as a regulator she chaired several broadcasting and telecoms licensing and regulatory processes. She also served as a non-executive Board Member at public sector entities including the SABC, the National Film and Video Foundation (NFVF) and Media Development and Diversity Agency (MDDA).

She holds both Honours and Masters degrees from Wits University and completed an International Relations and Diplomatic Practice programme at the Institute Clingendael (Hague, Netherlands). Her Associate and Licentiate Teacher’s Diploma in Dramatic Art was obtained through the Trinity College (London). In 2013 she was appointed by the Minister of Communications as a member of the National ICT Policy Review Panel. 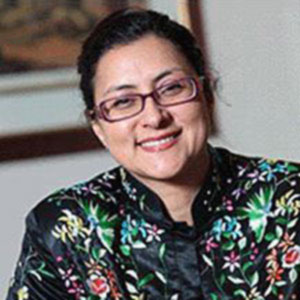