Anriette Esterhuysen was the executive director of APC until March 2017. She continues to work with APC as a consultant and convenes the African School on Internet Governance (AfriSIG). Prior to joining APC, Anriette was executive director of SANGONeT, an internet service provider and training institution for civil society, labour and community organisations. She was active in the struggle against Apartheid and from 1987 to 1992 she did information and communication work in development and human rights organisations in South Africa and Zimbabwe.

Anriette, with many others, helped establish email and internet connectivity in Southern Africa. SANGONeT hosted a Fidonet hub that provided universities and non-governmental organisations in, among other places, Malawi, Zambia and Zimbabwe, with email links to global networks as part of a collaboration between APC and the United Nations Development Programme. Anriette has served on the African Technical Advisory Committee of the UN’s Economic Commission for Africa’s African Information Society Initiative and was a member of the United Nations ICT Task Force from 2002 to 2005, the World Summit on the Information Society (WSIS) Working Group on Financing Mechanisms, and the Commission on Science and Technology for Development Working Group on Internet Governance Forum (IGF) Improvements. She was a member of the Multistakeholder Advisory Group of the Internet Governance Forum from 2012 to 2014.

Anriette was one of five finalists for IT Personality of the Year in South Africa in 2012, an award which recognises a person who has made an outstanding impact on the South African ICT industry. She was the only female and only civil society finalist. She was inducted into the Internet Hall of Fame as a Global Connecter in 2013. She was a member of the Global Commission on Internet Governance and the Council of the NETmundial Initiative. Currently she serves as a Commissioner on the Commission on the Stability of Cyberspace, a member of ICANN’s nomination committee, and as a board member of Research ICT Africa. She has published extensively on ICTs for development and social justice. She holds a BA in social sciences and postgraduate qualifications in history of music and information sciences from the University of the Witwatersrand in Johannesburg, South Africa. 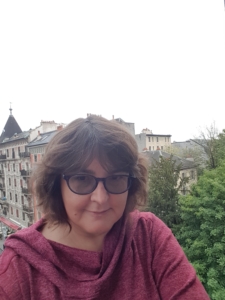