Visualisation and mapping does not compensate for poor data

In 2019 a mapping of African data prices by Cable caused a stir by highlighting both the power of visualization and the problems with widely publicized and popularized poor data.

In the absence of good data or reliable data being unable to compete with impressively packaged erroneous data, and many states not having the capacity to validate data, it potential to misinform public debate and decision-making is high.

The Cable methodology of ranking countries by using the effective rate per 1GB of mobile data is problematic in that it does not account for price differentials between small and large data packages.

At an average price of USD 0.56 and USD 0.68 respectively, Cable ranks Rwanda and Sudan among the top ten countries in the world for the cheapest data. Zimbabwe is ranked last, with an average cost for 1GB data of USD 75.20 and the most expensive 1GB of USD 138.46. 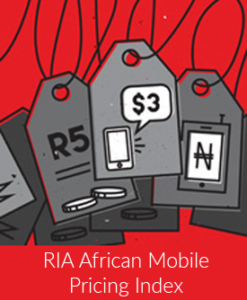 Why are South African Data Prices so High?

Much ado about nothing? Zero rating in the African context

State of the Prepaid Market-Cost of communication submission to South Africa Parliament: 2016

Bundling up – new pricing strategies in the African prepaid market

How do mobile and fixed broadband stack up in SA?

Is broadband data worth the money?