RIA’s Beyond Access Survey, which assesses ICT access and use among individuals, households and businesses in conjunction with its local partner — the University of Dodom, shows that close to 30% of Tanzanians use the Internet. Considering that mobile data prices are reasonably low, the 30% Internet penetration, rate is an indication that the affordability of the input device — Internet-enabled phones — in Tanzania remains a challenge. Of those that access the Internet, 70% are doing so from smartphones, indicating a strong preference for such devices. Furthermore, the government’s high taxes on telecommunication services are undermining their own efforts to ensure affordable universal access. For example, there is airtime excise on mobile phone use of 17% (the highest in Africa), which increases the cost of airtime consumption and communication. 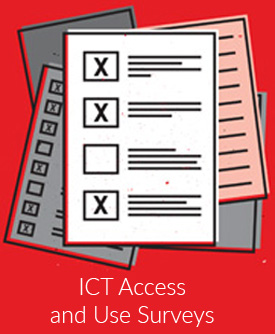 State of ICT in Mozambique

African digital platforms and the future of digital financial services

WEF: Understanding the gender gap in the Global South

After Access: The state of ICT in South Africa

After Access highlights: Using evidence from the Global South to reshape our digital future

State of ICT in Lesotho

What is the state of micro-work in Africa? A view from seven countries

Disentangling the broadband divide in Rwanda: supply-side vs demand-side

GIS 2016: economic, social and cultural rights (ESCRs) and the internet